Stepping into the light

MythX comes into its own, and creates a partnership with ConsenSys Diligence.

I would like to introduce you to the new MythX blog.

This is the place for the whole MythX team, including our researchers, developers, and (yes) marketing folks to be able to share news, tips, ideas, and consolation/hope for the state of security on the Ethereum platform.

But first, some orientation, and how we got here.

ConsenSys Diligence is the clear leader in smart contract auditing. The team has been a fundamental hub of the ConsenSys service offerings for years now, effectively since the company was founded.

The team of experts provides manual auditing for smart contracts, working with teams such as 0x, Aragon, and Uniswap.

The people on the team are not only auditors and researchers, but also tool creators. One of them, Bernhard Mueller, created Mythril, a command-line symbolic execution tool, back in 2017. This tool now has over 420,000 downloads, so clearly there was some demand for it.

As time passed, the team behind Mythril realized that what was needed was an all-in-one tool for automated security analysis, including not only symbolic execution but also static and dynamic analysis.

As more time passed, being under the umbrella heading of “ConsenSys Diligence” started to be confusing for people. Were we all the same team? We were certainly working on different things. An automated security analysis platform isn’t the same thing as business logic audits. They are both crucial, but separate.

And as our user base grew, MythX was more than just a side project, it was its own business.

And so, ConsenSys Diligence and MythX decided to become partners, working towards the same aims of improving the security of the Ethereum ecosystem (#KeepingEthereumSecure, as we say) but from two different important perspectives.

When you’re developing a smart contract, you want to test it for security vulnerabilities at all stages of the development process. You use MythX for that.

But before you deploy, you also want to do a manual audit. You use ConsenSys Diligence for that.

We also work together on projects, providing amplified value for our clients better than each team could by themselves. We’ll talk more about our work in future posts.

So this blog is a place for the MythX team to share insights from our security research, new tools and features, and well, anything else that comes to our collective minds. The world of Ethereum contains plenty of uncharted territory, and we’re doing our part to draw a little bit of those charts.

Join us. It’s going to get better and better. 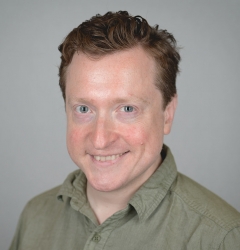 Mike Pumphrey is Marketing and Brand Manager at MythX, a division of ConsenSys. With over a dozen years of experience in training, education, and promotion, Mike is passionate about making technical concepts understandable to a wider audience. He believes that great software can only be great when people know how to use it, and is excited to be bringing clarity to a field as exciting and new as blockchain.